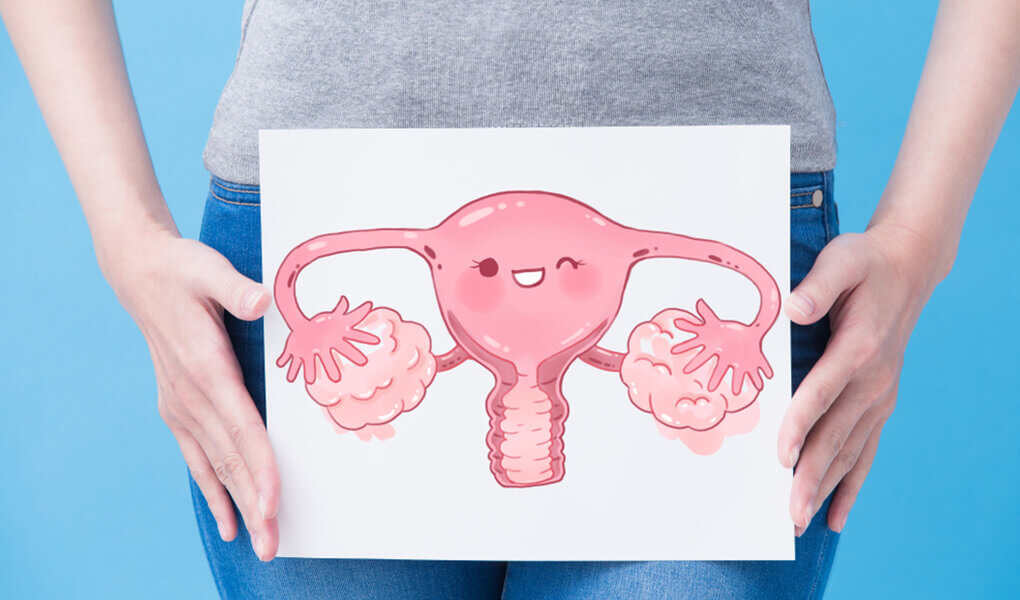 Ovarian cysts are most common in women between the ages of 20 and 45. Because the ovaries are actively used in this age group. These cysts, which are seen as benign at first, rarely turn into cancer later. Because of its small size, symptoms may not appear exactly. Some ovarian cysts can heal on their own. To treat an ovarian cyst, the size and type of cyst is first determined. If the cyst does not harm a person’s health, doctors monitor the patient for an average of 3 months.

If necessary, treatment of the ovarian cyst begins during the observation period. In the case of an enlarged ovarian cyst, surgery is required due to the occurrence of serious problems. Large cysts are usually malignant. In such cases, laparotomy is applied. In addition, endoscopic therapy is applied in the treatment of small and benign cysts.

There are many symptoms of ovarian cysts, as well as no symptoms. Small, benign cysts rarely have symptoms. Symptoms of ovarian cysts may be symptoms such as groin pain, irregular menstruation, nausea, breast tenderness, infertility, menstrual pain, painful sexual intercourse, excessive hair growth, and constipation. For a definitive diagnosis, a specialist should be consulted.

Why does an ovarian cyst occur?

Cysts that form in the ovaries may not always be malignant. Cysts, which can also be benign, may be noticed, or surgically removed. Ovarian cysts, which appear spontaneously during ovulation or during the menstrual cycle, often regress spontaneously and are benign. Benign ovarian cysts are known as “functional cysts.” Follicular cysts of 3-10 cm and above, formed as a result of fluid accumulation due to the absence of ovulation, are also included in this group. Ultrasound image of this type of cyst is a clean, free-flowing tumor without cauliflower-shaped bumps, indicating that it may be a functional benign cyst. For this type of ovarian cyst, priority will be given to follow-up in the next menstrual period rather than a decision about surgery.

How many types of ovarian cysts are there?

1- Consolidation cyst: It is a non-functional cyst. It is usually small in size. It does not cause any symptoms and cannot be detected by ultrasound. Some researchers believe that these small cysts may be a harbinger of long-term ovarian cancer..

2- Follicular cyst: : In other words, it is the most common type of ovarian cyst in young people. It usually does not cause symptoms, but it can delay menstruation. This is because the developing egg does not break and continues to grow. They are usually 2-3 cm in size and do not require treatment. It does not cause any complications. Sometimes, birth control medications can be used to shrink a cyst.

3- Luteal cyst: After each ovulation, the tissue from which the egg is taken differentiates into a tissue called the corpus luteum, and progesterone is produced from here until it is released from the placenta in case of pregnancy. Sometimes this tissue takes the form of a cyst and is called the corpus luteum cyst. Usually their size is 3-4 cm. It can delay menstruation because it secretes hormones. If no complications occur, no treatment is required. It may disappear on its own.

4- Cyst thyca lutein: It is often seen bilaterally in people undergoing infertility treatment due to excessive secretion of hormones. Bed rest and follow-up are required for treatment.
5- Pregnancy xanthomas: : It is a cystic structure that appears during pregnancy and can sometimes reach 20 cm in length. It regresses towards the end of pregnancy.

What conditions cause ovarian cyst?

Here are some cases of ovarian cyst occurrence;
Ovarian cysts can be seen for reasons such as With the development of ovarian cysts, the fluid in them also increases. After a while, this fluid presses against the cyst wall and ruptures it, resulting in an ovarian cyst. Time passed under this disease, sex, etc. Several factors play a role.

When a small cyst ruptures, a person may not realize it and may live, but if the cyst grows or the tumor ruptures causing continuous bleeding, the person may experience severe pain, loss of consciousness, or fainting and nausea. Although this condition is rare, the life of a patient with a ruptured ovarian cyst is very likely to be in danger.

Patients who know they have an ovarian cyst should go to the doctor as soon as these symptoms appear, and urgent intervention is required. Whether or not an ovarian cyst has burst can be easily diagnosed by regular examination or ultrasound. Monitoring and supportive treatments if the eruption is not advanced. If it is life threatening, it is better to have surgery

Treatment for an ovarian cyst varies with the type of cyst. Minor cysts are usually monitored and birth control pills used to shrink them. Antibiotic treatment is preferred for inflamed cysts. Cysts that are larger than 8-10 cm or that continue to grow and are malignant on ultrasound and blood tests should be removed surgically.

What are the basic surgical treatments for ovarian cysts?

The surgical method is chosen according to the size of the cyst, the ultrasound image, and whether the cyst is benign or rural.

TIf the tumor is small and appears to be benign, diagnostic laparoscopy alone or additional surgery may be necessary. Intra-abdominal reconstruction relies on one or two smaller incisions just below the navel and in the abdomen, using special thin surgical instruments and a telescopic system of these incisions. It is possible to remove the cyst in this way. This method is less painful, the hospital stay and the return to work is shorter. Aesthetically the results are better than open surgery.

It is the method used to remove large cysts and cysts that may be malignant. During surgery, it may be necessary to remove the ovary along with the cyst, if necessary.

How is an ovarian cyst treated?

Ovarian cyst treatment is a process that is determined by the symptoms that appear on the patient. In cases where the cyst does not cause any symptoms or discomfort, only regular checkups are sufficient to monitor the cyst. However, when symptoms such as irregular menstruation appear in the patient, it is necessary to resort to treatment methods.

Drug therapy to restore hormonal balance is the most common method of treating ovarian cysts. In this method, birth control pills are often used to regulate the menstrual cycle. With the restoration of hormonal balance, the cysts in the ovaries shrink and disappear over time.

Drug therapy to restore hormonal balance is the most common method of treating ovarian cysts. In this method, birth control pills are often used to regulate the menstrual cycle. With the restoration of hormonal balance, the cysts in the ovaries shrink and disappear over time.

Criteria for benign and malignant cysts in ovarian cancer

When is an ovarian tumor dangerous?

Ovarian tumors may be of different types.

When should an ovarian cyst be operated on?

Regardless of the gender, age is the most important factor in deciding whether to have ovarian cyst surgery. In a study of 1,200 people with ovarian cyst problem in the USA, the probability of developing cancer in surgically removed tumors under the age of 20 through the age of 40 was found to be between 7% and 30% between ages. After the age of fifty, this rate increases.

What is polycystic ovaries?

If there are more than 12 follicles in the ovary, it is polycystic. Surgical treatment is not applied to people with multiple cysts. If the patient has symptoms of PCOS such as increased hair growth, delayed menstruation, absence of ovulation, acne, drug treatment, diet and exercise.

What should be considered in ovarian cyst surgery?

The surgical method for ovarian cysts is determined by the age of the patient and the shape of the ovarian cyst. Laparoscopic or robotic surgery is preferred in cases where it is unclear whether an ovarian cyst is malignant. In this method, the cyst is evaluated by entering the abdominal cavity from three points.

Ovarian cysts are usually benign. There are some tumor signs called tumor signs that appear in old age, they are bilateral, solid, adherent, have an irregular surface and tend to grow quickly, contain many hard parts, cause fluid to accumulate in the abdomen, and do not go away naturally after surgery . In cystic forms with high blood counts, surgery is recommended due to the risk of developing malignant cysts. The results of the examination and ultrasound help with suspicion.

If ovarian cysts are suspected to be cancerous, surgery should be performed immediately in a center with rapid histology and by an experienced obstetrician.

1- When does an ovarian cyst cause pain?

Ovarian cysts usually don’t cause much pain. Sudden pain in the groin can occur when sitting or pulling the knee toward the abdomen. If the cyst ruptures or the cyst comes back on its own, it can cause severe pain in the groin and abdomen.

2- How do we understand the bursting of the ovarian cyst?

If the ruptured cyst is in a blood vessel, the bleeding may be very severe. Symptoms such as abdominal pain, bloating, fainting, fainting, and low blood pressure are symptoms of a bleeding cyst.

3- Is benign ovarian cyst getting worse?

Ovarian cysts can be classified as benign or malignant depending on their type. Ovarian cysts, which are benign, do not carry the risk of developing cancer, but cause various problems, which also come to the fore with their symptoms.

4- Does an ovarian cyst turn into cancer?

Most ovarian cysts are benign and go away on their own without treatment. These cysts cause symptoms, if present. But in very rare cases, a precancerous ovarian cyst can be detected during a routine examination.

The most common cause of ovarian cysts. hormonal disorders; Usually, in each menstrual cycle, a tumor called a follicle occurs, which carries the ovaries to the ovaries and can be up to 3 cm in size. Then the cyst burst and exposed the egg.

Who gets an ovarian cyst?

Ovarian cysts are commonly found in women who are menstruating. It is less common in young girls who have not yet started menstruating or in postmenopausal women. Women with a family history of ovarian and uterine cancer are also at risk.